Last week when I was putting up Kyler Fey's new novellas in the ebook stores, I was a little bit baffled as to why every venue has a different hierarchy of categories. The print versions were easy enough to categorize the way I wanted them to be when I assigned the ISBN and arranged for print distribution, but the three ebook stores (Kindle, iBooks and Kobo) into which I placed them all varied. The most cumbersome was Kobo because for some reason I was not able to include "erotica" as a category without assigning  "romance" as its primary category. This is because in their categories system, pretty much all fictional genres except romance fall under "fiction," but "erotica" is not a sub-category of "fiction." It only shows up under romance, and when one tries to select that in combination with "science fiction," one is blocked by the rule of not being able to use catgeories from both fiction and "non-fiction." Which I would not consider romance to be, but anyway there  it was. I did end up sticking them both in romance because I felt it was fairly important to get them tagged as erotica (since they are both filled about eighty percent by volume with explicit depictions and discussions of m/m sex). But we actually consider them to be part of a serial of gay erotic "science fantasy" (some later installments of the series which I have gotten to examine also tread into supernatural horror).

Since I don't read a lot of genre literature crafted as "romance," I figured that I was probably not fully informed as to what makes it that. I know that its a multi-genre mode in that there can be contemporary settings, historical settings, science fictional settings, etc. But I wasn't entirely clear on what unifies all of this under the romance umbrella, and if erotica in general is under that umbrella or not (it's not necessarily). So I checked out submission guidelines for a few publishers who release a lot of Kindle books to see what they are shopping for when they say "romance." Here's what I did not know in my ignorance of the form, and which surprised me: it is evidently very deliberately formulaic in its construction in that whatever happens in the story, it is the expectation that every story conclude with a "happily ever after" (HEA) or at least a  "happily for now" (HFN) ending. I think every guidelines page that I read mandated this formula.This made me sit back and think for few moments. In most other genres--especially ones where the authors have some ambition of crafting "Real Literature" out of their SF or F or H concept--writers are constantly trying to subvert or evade the formulas. They'll get lauded when they succeed and their books are considered to be "better" than formulaic genre fiction. In fact it's a fairly common knock on a book that the reviewer didn't much like was that it was "formulaic." TV shows and movies are routinely panned over hewing too closely to an obvious formula (even though they all pretty much do so on purpose). So the story, in this mode, is really about l 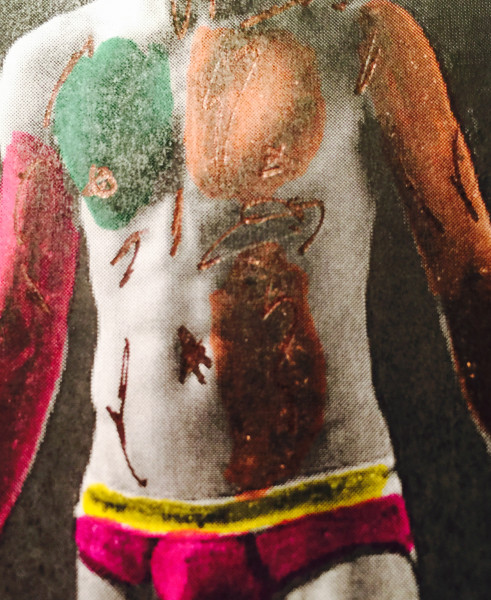 earning how the characters reach their HEA state, because you know already that's where it's headed. The ending is not in doubt. There will be happiness. In this sense, the form reminds me of another very formulaic one that I got a lot of pleasure from when I was a kid and a teenager and even once in while still as an adult: Star Trek tie-in fiction.  I read tons of it in my youth, have a couple boxes of it still in a closet (only reason it's not out and shelved is because I dont have enough shelves), and once in a while will go back to one of those novels when I want something easy to digest. Like these romance novels, those Star Trek novels (many of which include romantic subplots) all ended HFN. You knew there was going to be another crisis, another adventure later on, but at the end of each story, things were pretty much reset to normal, the characters were all alive and well, and the mood was good.

So, are Kyler's books "romance" by formula? Intersex Boys of Venus ends with portents of an ominous threat that is not resolved and has yet to be fully uncovered (it's chapter 5 of a serial). But it does focus on two boys who plainly love each other a lot, but their relationship is not depicted as all that "romantic" in that they didn't just meet and fall in love etc. There's a little taste of HFN between them in their final scene of the novel, but then that's immediately followed by a creepy foreshadowing of future problems for them. One Hundred Times (the b-side of the print double with Intersex Boys) ends sort of HFN between the main characters, but it's also implied that they'll probably never see each other again, and it is explict throughout the book that the entire purpose of their relationship was fucking. They were never in love, and the narrator at one point grapples with feelings of "crushing" on his short-term sex partner and tries to bat those feelings away with rationality. So that's not a romance either, at least by formula. It's also true that the storyline is actually a thinly-veiled account of something that Kyler did in real life, so one probably wouldn't expect a memoir to hew to a genre formula in the way one would expect a romance novel to do so.

I'll be spending some time today on final formatting of the next episode of the serial, titled The Strange Case of the Tattoed Twink. The accompanying picture is the illustration for its cover. [updated to note that while this illustration was used for the final book, we changed the color of it].
Collapse